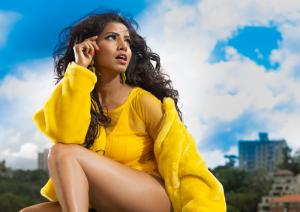 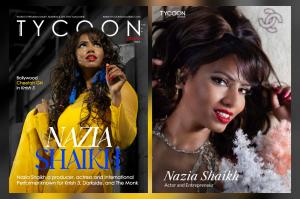 Nazia Shaikh always in the limelight 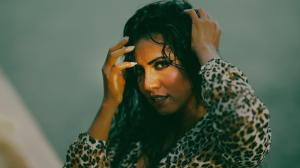 Nazia Shaikh working on her next movie

SYDNEY, NEW SOUTH WALES, AUSTRALIA, June 26, 2022 /EINPresswire.com/ -- Nazia Shaikh, a well known face in the Indian fashion industry bagged the role of Cheetah girl in KRRISH3 in 2013 wining too many International Film awards to list. According to producers K-3 makers wanted someone super sexy, agile and with amazing acting abilities to play the character. The part also requires someone with good flexibility and quick reflexes. The petite actor Nazia Shaikh was the perfectly fit. Now living in Sydney Australia. Australian correspondent Robbie Merritt caught up with Nazia for this exclusive interview.

“Life is unpredictable”, said Nazia. “In my wildest dreams I never thought that I would be settling abroad away from Mumbai ( Bollywood Tinsel Town). As an actor, I didn’t get any formal training working mainly in theatre and modelling however my passion for acting was noticed when I got my first feature film and it was a life changer for sure.”

“My first break came through unexpectedly in the form of a Big Bollywood Film where I was called for the audition and selected for the role of a ‘mutant’ in one of the biggest Blockbuster Films of Bollywood called KRRISH3. I was told that they have been looking for an actor for quite some time and did not find the right person and were about to write the character from the film,” explained Nazia.

“My audition went well it was mind-blowing and I nearly fainted when I was told I had the part. I mean having the opportunity to work with ‘Ace Director RAKESH ROSHAN’ and heart throb of India ‘HRITHIK ROSHAN’ was a dream come true. I found ‘HRITHIK ROSHAN’ A humble, disciplined, and focussed gentleman. I accepted a role of ‘Cheetah Woman’ in this movie which gave me the chance also to work with amazing actors such as ‘Priyanka Chopra Jonas’ and ‘Sameer Ali Khan’ who played ‘Antman”, the rest is history.” Smiled Nazia. Today KRRISH3 with its Cult Following has seen over 100 Million views on Youtube alone a phenomenal increase from the 4 million box office ticket sales worldwide on the first weekend of release in 2013.

“I arrived in Sydney Australia in 2014. This was my first trip abroad. The gorgeous blue harbour waters, the vibrant culture and iconic landmarks, the art galleries and food and dining precincts, I found Sydney quite mesmerising. Shortly afterwards I spotted a poster in my local gym Promoting a a Fitness competition, so I decided to participate. I hired a personal trainer and started training for INBA (International Natural Bodybuilding Association). My trainer told me that it will take time for me to win in a competition. If I secure a place among first five, I should feel satisfied but to our surprise I won the ‘Gold medal’ in the ‘First Timer Bikini competition’. I also won three other medals in three other divisions, but my passion will always be in making movies,” said Nazia who went on to say, “my urge to reconnect to the movie industry during covid lockdowns in Australia helped me Produce several short films ‘UNSHACKLED’ and ‘DARKSIDE’ and 'THE MONK' , directed by Mohit Manan of Magic Sphere Films. All these films have been selected in various film festivals all over Europe and have already received huge accolades”.

Nazia is currently working on ‘UNSHACKED 2’ another Film by award winning Film Makers Magic Sphere Films. You will often see Nazia jogging along the boardwalks of Barangaroo avoiding paparazzi while in her spare time she is busy working on pre-production for her next film which will be completed by the end of the year.