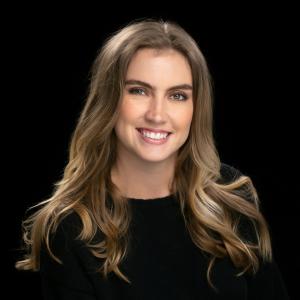 Jordan is a prime example of local talent that we are honored to nurture through our support of women in Georgia’s thriving film and production world.”
— PAM Studios CEO Maria Guerra-Stoll
ATLANTA, GEORGIA, UNITED STATES, May 17, 2022 /EINPresswire.com/ -- Atlanta-based Playa Azul Media (PAM) Studios, LLC and Rome PAM Studio, the first Latina-owned production company in Georgia, is excited to announce Rome PAM Studios has hired Jordan Budd as Assistant to the President of PAM Studios, Maria Guerra-Stoll.

Jordan is a graduate of Georgia State University’s Creative Media Industries Institute, where she earned a bachelor’s degree in Media Entrepreneurship. With the career goal of helping Georgia’s content creators take their project visions to business success, Jordan found PAM Studios to be the ideal place to make that a reality. Jordan plans to serve on the Advisory Board of Rome City High College & Career Academy. Her hiring symbolizes one of the many ways in which PAM Studios seeks to empower women and the local student community.

“I am very proud to announce the hiring of Jordan; she has already been instrumental in our Grand Opening and daily operations with her interest in being behind and in front of the camera,” PAM Studios CEO Maria Guerra-Stoll said. “Jordan is a prime example of local talent that we are honored to nurture through our support of women in Georgia’s thriving film and production world.”

In addition to area high schools, Rome PAM Studios is currently working with colleges throughout West Georgia including Georgia Highlands College and Piedmont College. PAM’s alliance with the Georgia Film Academy assists in creating opportunities for students to work at Rome PAM Studios.

“Rome PAM Studios is the first of its kind in Georgia and I am honored to be involved,” Jordan said. “Joining PAM Studios as the Assistant to the President will provide me both hands-on experience in film production, as well as the inner workings of how the business deals are developed. It is a golden opportunity for me to work under Maria Guerra-Stoll, who is a major player in the industry.”

PAM Studios had its Grand Opening with the Rome Floyd Chamber of Commerce on April 21 and will be on the search for more local talent as upcoming film and television productions begin. To learn more please visit www.pam-studios.com.